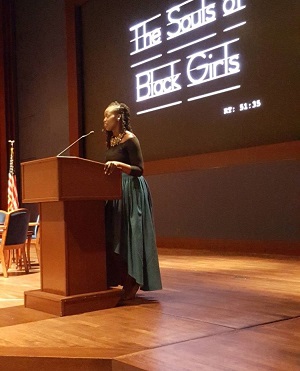 During a time that raises pivotal questions from women and girls across the globe who may be suffering from self-image disorders, requiring validation, or questioning their own standards of beauty and acceptance, we need not only the women who can bring to life, on the screen, these images of inner and outer strength that prevail, but also the women who can visualize, write and unequivocally produce these values from the page. 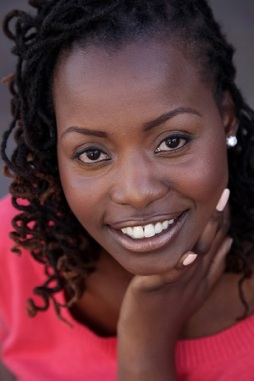 Born in Brooklyn, New York and raised in Rhode Island, renowned filmmaker, producer and journalist, Daphne Valerius has been on a mission to raise the consciousness of societies abroad. Her 2007 Award-winning news documentary The Souls of Black Girls, a blueprint that originated as part of her journalism program while at Emerson, to date, has received various awards and national recognition. 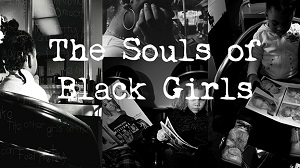 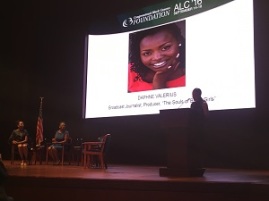 Among the more than 100 private screenings held at institutions, organizations, colleges and universities worldwide, the film was premiered and widely-received at film festivals to include: 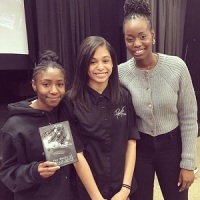 After it’s screening at the National Council of Negro Women and catching the attention of educator and civil rights and women activist, Dorothy Height, the film became a large part of the “My Black is Beautiful” Tour (sponsored by Proctor & Gamble) where her documentary, The Souls of Black Girls was used as a centerpiece for discussion.

At the height of the film’s unexpected success, Valerius was invited as a guest to the White House, an invitation personally extended by First Lady Michelle Obama herself, who congratulated her on her work. As a result, her work made its first television premiere years later on ASPiRETV in association with the White House Initiative on Educational Excellence for African Americans. In addition, she has been invited to participate in several panel discussions about the social issues facing and surrounding women, including a panel at the National Council of Negro Women’s gathering in 2008 and a panel at the Congressional Black Caucus Foundation’s Annual Leadership Conference in 2016.

An esteemed and self-assured woman of color, naturally, Valerius did her undergraduate research on self-esteem and self-confidence while attending St. John’s University in 2003, where she earned a Bachelor’s Degree in Communications. While a student and Ronald McNair Scholar, she had her first experiences producing and directing, which led to an interest in media images and their effect on women of color. Valerius continued this research while earning her master’s degree in broadcast journalism from Emerson College in 2006. For her work, she received an Associates Press Award for Public Affairs.

Dr. Dorothy Height, Chair of the National Council of Negro Women, noted on the film, “Too often, our girls do not rise to their full potential because they are so affected by the image that others project of them. It’s good to have something that helps us understand what’s happening to our girls. This film was the answer to a prayer.” [www.soulsofblackgirls.com] 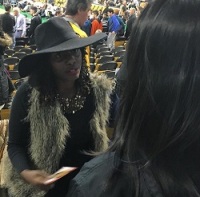 Daphne Valerius is blazing trails as one of the most notable African American woman filmmakers of the New Millennium. Inspired to empower women and girls beyond her documentary, Valerius launched I AM HER Apparel – the unapologetic fashion brand with trendy offerings meant to inspire women and girls to leave her mark that she was here. To date I AM HER Apparel collections have been seen on Showbiz Tonight, VH1, TVOne, ASPIRE-TV and EBONY Magazine. With profound commitment to her craft and having recently overcome a private battle with facial paralysis, Valerius sets out to influence, empower, uplift and serve women and girls through positive and inspirational television, film and fashion projects. A member of Alpha Kappa Alpha Sorority, Inc., Valerius takes the message of self-love and self-worth beyond her film while traveling throughout the country as an inspirational speaker.

Her television production credits include work for networks such as ABC, FOX and BET. She is currently the host of the faith-based series, “HerFaith: In Her Words” and developing the sequel to her documentary, “The Souls of Black Girls, Too!” Daphne Valerius: Wikipedia

love and light for your Tuesday!

To read more features of
Blazing Trails Women of the Present Series: