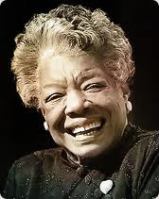 When you learn, teach. When you get, give. As for me, I shall not be moved. ~ Maya Angelou [From the Poem, Our Grandmothers]

While watching the interview hosted by Oprah Winfrey with the sensational Viola Davis, I could not resist but to feel a high esteem and distinction for simply being, none other than a Black woman.

Like many African American women paving her road to self-empowerment, purposefulness, and success, Viola Davis has worked diligently to arriving at her present moment in time. From 1996 to present, her contributions to film, television, and theatre have been considerable. Over the years she has aspired for roles in which she could “liberate” the character(s) from the script to the screen through influence and expertise. The proposition to portray the role of Aibileen Clark in the movie The Help, a controversial film about maids in the 1960s in Mississippi, afforded her the opportunity to do just that – take the journey as an actress, a story teller, and an individual of society.

She expressed, “I considered it my honor to pay homage to these women at this time period who were not allowed to dream and not allowed to find their purpose but thank God, praise God they gave birth to me and my mother.”

Among and beyond our notable actresses, singers, literary artists, civic leaders, activists, and every day extraordinary classic women, the history and legacy of the African American woman is significant and has been one of an elongated and sustaining journey. From ancient history to present time, women of color have been the mainstay of their families while providing strength, courage, and wisdom to the many generations that follow – and we keep on giving back.

Many creative and collective contributions have been made over the decades by women of color. In 1978, American singer, songwriter, and music legend, Chaka Khan, [also known as the Queen of Funk] released her crossover disco hit I’m Every Woman, which sold over a million copies and aimed to honor the inner beauty and strength of not only women of color but also women around the globe. Fourteen years later, Pop Queen, Whitney Houston released a remake of the hit sensation with a tribute and heightened focus on girls and young women becoming everything they could and should be. I believe both versions of that song imparted an impulse to women everywhere, to begin to embrace a stronger sense of sisterhood within many of their own communities. Our communities must become our sanctuaries. 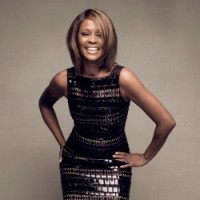 I AM every woman. I AM my sisters’ keeper; affectionately, exceptionally, phenomenally. When we see greatness in others, we can see and appreciate their inner beauty. When I think of exceptional, I think of our Queens: our sisters, daughters, mothers, matriarchs. I think of the [wisdom] of Dr. Maya Angelou; the [character] of Viola Davis; the [inspiration] of Whitney Houston; the [strength] of Cicely Tyson; the [self-assurance] of Michelle Obama; the [grace] of Lena Horne; the [aptitude] of Mahalia Jackson; the [leadership] of Fannie Lou Hamer; the [altruism] of Oprah Winfrey; the [progress] of Marian Wright Edelman; the [confidence] of Alice Walker; the [authenticity] of Whoopi Goldberg, and too many others to count. These circles of distinction perhaps provide the most profound confirmations that greatness resides all-around us, beginning within ourselves.

Viola Davis is indeed, one of the most phenomenal women I have come to recognize – both in substance and in character. While receiving the award for Best Actress at the 2012 Critics Choice Awards, she poignantly stated in her acceptance speech, “They say the two most important days in a persons’ life is the day you were born and the day you discover why you were born.” We thank you Ms. Davis for making your mark and inspiring us all.

This month and every month we celebrate the history and legacy of Black America. Gone but never forgotten [2012]: Whitney Houston, Don Cornelius, David Peaston, Etta James, and Jimmy Castor.

As I grow older, part of my emotional survival plan must be to actively seek inspiration instead of passively waiting for it to find me. ~ Bebe Moore Campbell

Love and Light for your Tuesday. Reference commentaries, February 1, 2011 – Higher than this: Celebrating the love of Culture [and] March 8, 2011 – Keepers at the Gate